- All weapon and shield ornamentations that are purely cosmetic augments that do not offer stats or spell effects no longer require a solvent to remove.

- Hero s Forge robe augments can now be used on any leather armor.

- Created a new skill, Two-Handed Piercing, and renamed the existing Piercing skill to One-Handed Piercing. All existing characters will be granted equivalent skills in both types of piercing where applicable to their class.

- - All yards have had their capacity increased by 30.

- Greatly reduced the size and weight of houses when placed in your inventory.

- Added a /leaverealestate command that will exit a real estate zone. This is also available in the EQ Menu under Real Estate.

- Keep an eye on the Marketplace for new updates to housing items. Many of them will be changing quantities increasing and prices decreasing soon.

- The mana recourse effects on all of Brell s prayer shawls have been increased in power, but now should only benefit the caster once per spell.

- Rust-Tinged Box of Fear now states what class it is for in the Lore tab description.

- Removed Berserkers from Warden s Stone of Enhancement since they can t use 1h weapons.

- Changed the way the berserker breastplate clicks Chaotic Frenzy and Boundless Frenzy work. The procs are now much harder to resist, but they have a limit of 10 procs as they were originally intended to and occur less often.

- Added labels to many existing items that were part of lore groups but did not indicate so, such as Drops of Focused Sunlight and Stones of Power.

- 2-handed piercing bonuses have been added to Cleave. Beginning with Cleave VII, 2-handed piercing has replaced Kick when Cleave has a damage added bonus. This is a short-term fix. We are working on a long term resolution for a future release.

- Corrected several items that could sometimes fail to activate their spell effects due to timer sharing. Examples include the Vicious Rabbit and the potion Kilva s Blistering Flesh.

- Clarified the tribute description for the Trophy of the Garden Path.

- Yunaizarn s Fang can now stun enemies up to level 100.

- Kerst Frostrift and his companions have created what they call the New Tanaan Merchant Alliance in the Plane of Knowledge. He might have some particularly interesting news for you if you have completed a certain shawl

- Piestro s Day Off - Made significant tuning changes to the mission:

- - Enemies will no longer repop in the mission.

- - Removed most passive abilities from the template characters and replaced them with activated abilities.

- - Lowered the recast timers of several very long abilities so they can be used much more often.

- - Added a dagger to the rogue template so that they can properly backstab.

- - Most NPCs can now be snared, mesmerized, and otherwise crowd controlled.

- - Reduced the HP, damage, and maximum level of many NPCs that could previously overwhelm the party.

- - Reduced the spell resistance for all NPCs.

- - Changed the maximum number of any particular template character to 1. Each player must now play a different class.

- - Removed the ability to bring Mercenaries into the instance.

- The Dynamic Zones for Grelleth s Palace and Shard s Landing will now allow players to be added after the raid event has been won.

- Guardian of the Gate - Modified the event so its difficulty is closer to other events in its tier:

- - Findlewill will only choose one target to cast a fireball on.

- - Fireballs move a bit more slowly now, giving you a better chance to run away.

- The Return of King Xorbb - Raid and Mission - Several changes were made to prevent potential zone crashes: Brantun no longer has the power to crystallize his opponents, and the Soul Stealer no longer uses an aura to steal power.

- Sheriff Knotter Botter is continuing his hiatus while the Big Gnomes, Big Problems mission is addressed. Access to all 14th Anniversary missions has been extended to June 26th.

- All player spells and abilities that affected piercing or two-handed attacks have had Two-Handed Piercing added where appropriate.

- Spells that cure detrimental effects, such as Splash of Sanctification and Radiant Cure, will no longer remove charm from pets owned by players.

- Beastlord, Magician, and Necromancer pets level 96-100 have had their base HP and AC reduced slightly. Reduced the AC and HP advantage given to pets with the most basic focus Enhanced Minion VII and adjusted the later ranks accordingly.

- All existing player-castable pet block buffs have had damage caps added to them. These values should easily exceed damage from group content of the appropriate eras:

- All AAs that affected piercing or two-handed attacks have had Two-Handed Piercing added where appropriate.

- Fixed an issue where using a Glyph AA would cause your current HP to get out of synch with the server.

- AAs such as Mystical Shield that allow you to innately resist spells will no longer block beneficial spells.

- Nature s Bounty will now allow for a proper second forage in zones where there are scripted forage events.

- Berserker - Dying Blow will now correctly trigger when you die.

- Cleric - Corrected an issue with Touch of the Divine which could have prevented it from properly healing the player it landed on.

- Monk - Techniques of Master Wu will now execute only the skill that triggered it, and can now chain a few extra times.

- It is now possible to forage while on a mount.

- Added the 2H Piercing skill to the game, and renamed Piercing to 1H Piercing.

- Fixed an issue that would cause certain archery attacks to miss when accuracy was too high.

- Fixed multiple instances of abilities and spells with a percent chance to happen missing out on 1 of that chance.

- Adjusted the difficulty of learning Begging, Intimidate, and Disarm. They should be much easier to learn.

- - Intimidate can now gain skill on a success or a failure.

- - Disarm can now be attempted on enemies that are not holding weapons.

- Fixed an issue where ground spawns such as collection items could spawn in the air.

- Added more appropriate minimum sizes to some of the windows.

- Added check boxes to filter mercenaries and pets in the Tracking Window that tie in to the existing All, Group or None filters.

- Converted all of the dragitem TGA files to the DDS format to reduce memory requirements. If you maintain a UI that uses custom images, we suggest you define these images in another XML file and add the name of that file to EQUI.xml instead of adding them directly to EQUI_Animations.xml.

- Corrected many icons that previously bled into each other.

- Added many more usable icons to the game.

- Converted the location of where we define a window as Escapable from the code to the XML for that window. There is now a new XML tag that we recognize Escapable. By default, all windows that don t have this tag will default to closing when pressing Esc.

- Added the ability to set Esc to Close to the default context menu for all windows.

- Changed defaults.ini to force many windows to not be escapable by default to address clients using custom UI s that haven t been updated.

- The SC icon will now flash and broadcast a message when an item goes on a flash sale. Clicking the SC button will take you to that item.

For EverQuest: Shadow of Fear on the PC, GameFAQs has game information and a community message board for game discussion.

Here are the patch notes for Wednesday s game update as posted by Piestro on the EQ Forums : Highlights - Shadow of Fear, the second chapter in Rain of Fear.

Of successful expansion packs, continually adding to the world of Norrath and its history, races and classes, making EQ one of the most robust games available.

Here are the patch notes for the new - For multi-part expansions like the Rain of Fear, Shadow of Copyright 2010-2015 by MVI Consulting EverQuest 1999.

Here are the patch notes - Mission chests in Rain of Fear - Fixed a problem with hunter achievements for rare creatures in the Plane of Shadow. - The. 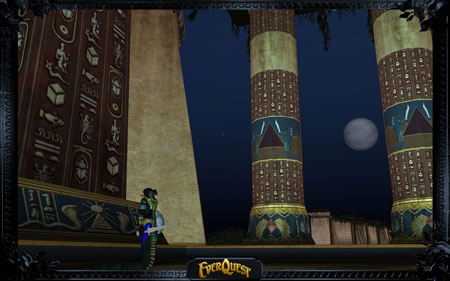 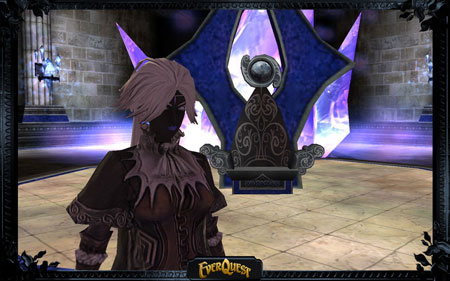