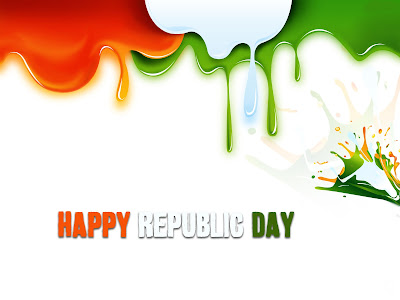 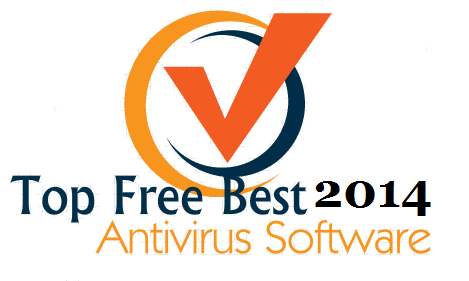 What s the best antivirus software. Editors recommend the best paid and free programs based on reviews and testing.

This report covers antivirus software, which scans your hard drive, removable media, incoming and outgoing mail, email attachments and instant-messaging chats for malware such as viruses, worms and Trojan horses. Antivirus software is not just for PCs, either. Mac users, who were sheltered from malware and other threats for decades, are increasingly at risk for attacks.

Keeping a computer free of malware has become more difficult over the years as threats now emerge from multiple sources including computer files, USB drives, email attachments and websites. Antivirus software makers have responded by beefing up their antivirus software with extra features and defenses. In addition to fighting malware, the best antivirus programs now protect you from spyware, phishing, identity theft, threats delivered over USB and more. This still falls short of the all-in-one protection found in Internet security suites, which typically add in still more safeguards and features such as a software firewall, parental controls, file encryption and back up, plus more. If you think that a suite s more encompassing protection is something you are interested in, we name some top choices in a separate report on Internet security software.

One factor that argues in favor of an internet security suite over an antivirus program is that the cost difference between a full-featured antivirus program and the same company s Internet security software suite is often nominal. On the other hand, the extra features might be redundant, or not needed. For example, experts say that the hardware firewall in most modern routers is usually much more effective than a software firewall.

Still, the industry trend is to load up antivirus software to the point where some products offer enough extras that they are almost indistinguishable from what another vendor might market as a security suite. Symantec has taken things one step further. It has discontinued Norton Antivirus, and virtually every other security product it previously offered, including Norton 360, in favor of an all-encompassing solution, Norton Security Est. 55 and up. The base version includes licenses for up to five devices, including PCs, Mac, and iOS and Android mobile devices. A step-up version, Norton Security with Backup Est. 60 adds a file backup utility, free cloud storage, and ups the license to cover up to 10 devices.

As with most computer products, comparative professional reviews are usually the best guide to finding useful, quality products. The best reviewers do their own hands-on evaluations of effectiveness, any impact on computer performance, and general usability. Most also rely on testing from one or more of the many independent labs to either supplement their findings, or sometimes in place of their own testing when it comes to gauging malware prevention. These respected third-party test labs include AV-Test.org, AV-Comparatives.org, Dennis Technology Labs and Virus Bulletin. Some look at malware prevention, and only malware prevention, while others now also rate factors such as installation, ease-of-use, system impacts and more. For the most part, either top-line summaries or the full text of their findings are free to the public.

User reviews are a good guide to problems that user encounter in the real world. Professional reviewers usually test programs on virtual machines instead of real-world computers, so they sometimes don t encounter the issues that some users experience. That s why average user ratings often fall below professional ratings.

We look at all these sources to make our recommendations for the best paid and free antivirus software for PC or Mac users. Those recommendations are based on performance of course, including how well a program blocks attacks and how well it cleans up the mess in the case of a system that s already infected. Extra features are evaluated both on performance, and how helpful -- or in some cases harmful -- they potentially are. Modern antivirus software is a lot easier to set up and use than older programs, but it s not always smooth sailing.

Antivirus-only software programs -- once the standard of the industry -- are becoming less common as threats emerge from multiple sources including computer files, USB drives, email attachments and websites. Antivirus software makers have responded by beefing up their antivirus software with extra features and defenses. In addition to fighting malware, the best antivirus programs now protect you from spyware, phishing, identity theft, threats delivered over USB and more.

Although there are dozens of antivirus programs on the market, only a few consistently impress experts. Kaspersky Anti-Virus 2015 Est. 35 per year for 3 PCs is squarely among those. You won t find a ton of extras, but malware protection is first rate. It guards against viruses, spyware, and more. Its anti-screen-locker technology helps swat away ransomware -- rogue programs that won t let you access your computer without paying a fee. It also monitors your system and lets you roll back any unauthorized changes to settings. Other features warn you of possibly dangerous URLs and help ward off phishing attacks. An available rescue CD can disinfect your system if it is virus-ridden beyond repair.

Kaspersky Anti-Virus is an Editors Choice at PCMag.com and its antivirus engine draws certification and top grades from the top independent antivirus software testing labs. Kaspersky is one of only two antivirus vendors to earn an Advanced award in all 2014 testing at AV-Comparatives.org, including trials designed to gauge the software s ability to detect new and established malware, removing malware from an infected system, and its impact on overall system performance. The company also earns a perfect 6 out of 6 from AV-Test.org in tests of protection, usability and impact on system performance. Dennis Technology Labs gives Kaspersky the highest AAA rating.

Tom s Guide is a modestly dissenting voice. The editors there find protection to be first rate, but grouse about the usability of the interface and a high performance hit, albeit on a low-end system. We saw some user comments complaining about similar issues, but owners seem to be a happy bunch overall. At Amazon.com, Kaspersky Anti-Virus 2015 earns a 4.4-star rating, exceptionally high for an antivirus/security product, following more than 120 reviews.

The 2015 edition of Bitdefender Antivirus Plus Est. 60 per year for 3 PCs is another top choice. It s a little pricy compared to Kaspersky, but what you get for your money is first-rate protection. BitDefender is also loaded with extra features it even constantly monitors your credit report.

Simply put: Experts and testing labs love Bitdefender nearly as much as Kaspersky. It s an Editors Choice selection at both PCMag.com and Tom s Guide. It joins Kaspersky as the second of two antivirus products to earn an Advanced award in all 2014 testing at AV-Comparatives.org. Other labs find performance that s close to that of Kaspersky, but that s just a hair behind in one aspect or another. It earns perfect scores from AV-Test.org when it comes to protection and performance. The lab does dock it a half point on usability for generating a handful of false positives, though its performance in that regard was in line with the industry average. Dennis Technology Labs rates it highly, but it places just behind Kaspersky in the second tier of AA-rated software.

If there s a concern, it s that user feedback for the current version is limited thus far, and very mixed. One of the chief sources of owner dismay is an apparent automatic renewal policy that re-ups the software at the end of the year by default. Others complain of customer support that s tough to get in touch with, though we ve also seen reports that once in motion, support can usually resolve user issues.

Elsewhere in this Report:

Free Antivirus Software: There might not be such a thing as a free lunch, but some free antivirus programs perform nearly as well as the best paid products. These are some top choices.

Best Mac Antivirus Software: Yes, Macs need antivirus protection, too. These are top choices. Better still, all are free. We touch on security software for mobile devices as well.

Buying Guide: Not sure where to start to find the best antivirus software. Our editors fill in the blanks to help you make the right choice for your needs and your budget.

Our Sources: The recommendations in this report are based on expert reviews, independent testing, and user feedback. These are the sources we relied on, ranked in the order of their expertise and helpfulness.

Read our antivirus reviews to learn more about the top antivirus software programs.

Download the best antivirus for Windows from Bitdefender and get protection against viruses anti spyware without slowing down your PC.